What if the Pzkpfw VIII ‘Maus’ entered mass production?

The Maus, a monster invention by Nazi Germany in 1945 and the two prototypes where never completed, Although if they where able to get it in mass production what would be the impact?

What if Nazi Germany managed to replace all their Heavy tanks with the Maus?

There was 1,839 of the Tiger I and Tiger II’s manufactured that is not much in comparison to

(Tanks listed are what can possibly pose a threat, Hence no T-34’s ECT)

Though the Tanks listed may struggle to penetrate the Maus from the front, they may from the side, and neither of any tank at the time can survive the Maus’s 128mm.

AT-Guns and Tanks of the time would be rendered useless as neither AT gun’s had the penetration to go through 250mm of armour and its would be rare for General’s to order the tanks further to be exposed to the rear the reveal a small 50mm thick plate.

So what would be needed to destroy the Maus?

Missile fighter’s, and lots of them, the fate of the PzVIII would be down to the air, or German commander’s mistakes of possibly sending them too close to troops for capture or to be surrounded.

The Maus was terribly slow and was very vulnerable to capture, and with the likely fact that like most German rushed Tanks, they are over-complicated and are unreliable as the Panther and Tiger I showed.

What would the effect of the Maus do to other tank production by other nations?

Other countries would develop much greater Tanks than the ones used as of 1945, like the IS-3, Super Pershing (Was close to production and would of most likely entered production) or even more powerful Tanks would be made to replicate the Maus’s Spec sheet? 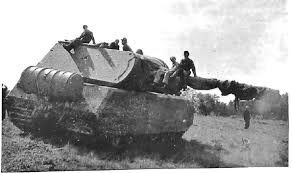 So that’s my thought’s, but what the fuck do I know.

Should the UK Remove the Challenger 2 From Service?

So after 3 Years Im back and with more knowledge than ever!

Would the Maus even be useful?

Looking for a certain tank?

Keep ‘Track’ of us

What was the First Tank?

The history of the tank began in World War I, when armoured all-terrain fighting vehicles were first deployed as a response to the problems of trench warfare, ushering in a new era of mechanized warfare. Though initially crude and unreliable, tanks eventually became a mainstay of ground armies. By World War II, tank design had advanced significantly, and tanks were used in quantity in all land theatres of the war. The Cold War saw the rise of modern tank doctrine and the rise of the general-purpose main battle tank. The tank still provides the backbone to land combat operations in the 21st century.

PRototypes that are scary as Hell!

Email is on the Contact Tab
If you have ANY Questions, DO NOT hesitate to ask